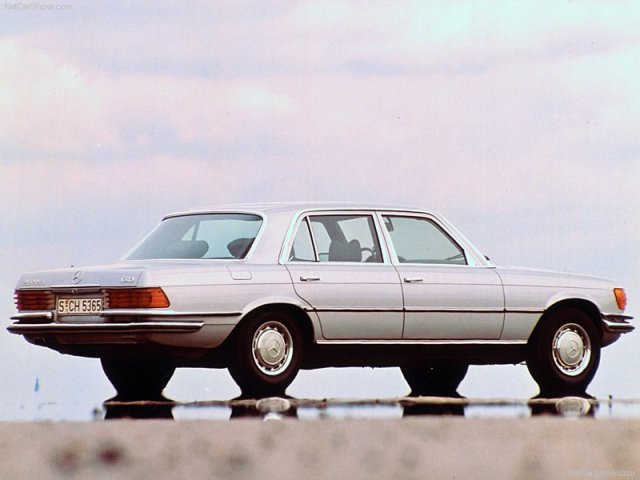 The Mercedes 450sel 6.9 is a brute in a tailored suit.  Back before Mercedes had the AMG arm to do their dirty work there was the 6.9.  The car was ostensibly just a top of the line 450 SEL with the biggest engine Mercedes made–taken from the 600 limousine and shoved under the hood.  Of course it was really more complicated than that; among other things the engineers also gave the 6.9 a special adjustable hydraulic suspension to create a stable and comfortable ride to handle all that power. 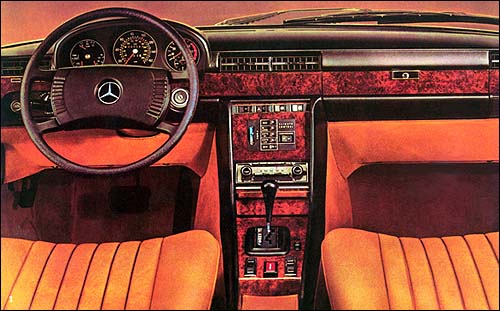 The suspension was self-leveling and adapted to any and all road conditions that the 6.9 owner might come across.  The system was so good that 6.9 reviews of the era reached for comparisons that ranged from the comfort of a Rolls Royce to the sportiness of a Mini.  By all accounts the 6.9 was an epic engineering success.  Automotive journalist Brock Yates famously drove one around the Road Atlanta race track for 100 miles at full tilt and the car was no worse for the wear.  Yates figured that at the time there was no other production sedan in the world that could perform a similar feat.  Even today modern cars would struggle to match such a record. 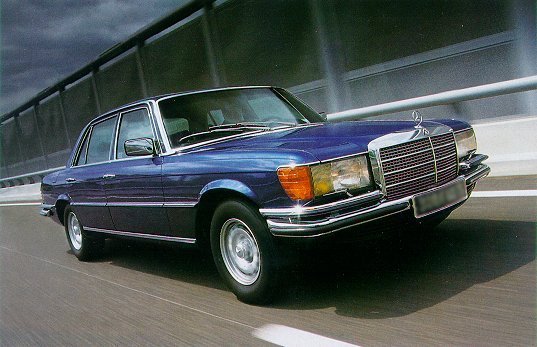 At a cost of $38,240 in the United States–where the majority of the 7,380 made were sold–the 6.9 was by no means cheap when new.  Plenty of celebrity owners, from Frank Sinatra to the Shah of Iran, reached for their check books to add a 6.9 to their garages.  These days the cars are often found in very bad condition, having suffered from the high costs of maintenance that have lead their successive owners to ignore or patch issues until they are no longer road worthy.  The biggest problem the 6.9 faces is that it is still too undervalued to make it a cost effective car to restore and that means that less and less of them are around to enjoy. 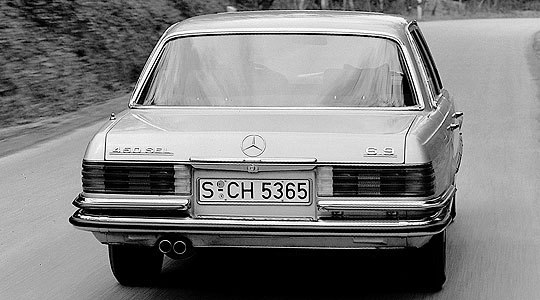 The 6.9 was, and still is, the ultimate sleeper.  Looking just like a regular 450 SEL, without the addition of the 6.9 badge on the trunk it is nearly impossible to tell the two cars apart.  The lightweight V8 engine produced 286hp with over 400 lb ft of torque in Euro spec.  With the first ever use of anti-lock brakes in a production car as an added measure of control the car was without peer.  It was the fastest 4-door sedan in the world. 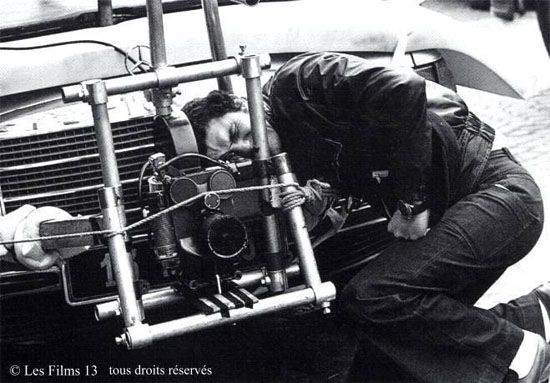 Claude Lelouch adjusts the camera mounted on the front of a Mercedes 6.9 before filming C’etait un Rendez-vous in just one take

The last word on the Mercedes 450 SEL 6.9 is the 1976 short film C’était un Rendez-vous by French filmmaker Claude Lelouch.  The film shows a bumper level view as a driver races through Paris at sunrise to meet a young woman.  For many years it was believed that the car used was a Ferrari 275 GTB/4 because of the sound of the engine.  Only a few years ago now Lelouch himself revealed that the car used was his own Mercedes 6.9 and the engine noise was dubbed in afterward.  If there was ever any doubt about the status of the 6.9 as the ultimate sleeper, this eight minutes of film puts the issue to rest.  Enjoy–and make sure the sound is up because even though it’s not the 6.9 engine, the 275 GTB/4 is glorious as well.

I have gasoline for blood.
View all posts by carversed →
This entry was posted in Uncategorized and tagged 1970s, 450 sel, 450SEL 6.9, 6.9, brock yates, cars, Mercedes, Mercedes-Benz, transportation, Ultimate Sleeper. Bookmark the permalink.